Yellow snowdrops have been growing wild in Northumberland for centuries. A study carried out by John Richards, Professor in Botany at the University of Newcastle found that only 1% of snowdrops in Northumberland were yellow. Meaning the yellow colour was not spread evenly over a native colony. It was found that colonies had snowdrops that were neither yellow nor green, but instead a sort of inbetween colour. These were named ‘halfers’. You might ask what caused the yellow colouring? It became apparent that when the yellow snowdrops and halfers appear in spring they contain just one third of the amount of chlorophyll A and almost no chlorophyll B compared to the common green snowdrop. Despite this, once they have flowered the chlorophyll levels are found to be the same as the regular greens. This disproves the common assumption that yellow snowdrops are weaker than the green forms. The reason why the yellow flowers occur is still not fully understood. Professor Richards suggested that it might be that yellow snowdrops particularly thrive in high light intensity. Spring arrives later in Northumberland meaning the light intensity is high by the time the snowdrops emerge.  Yellow snowdrops have also been found to grow particularly well on the east coast of Scotland even though they do arise from there originally. Recently there has been an increase in the number of yellow snowdrops that gleam in the spring golden sunshine.  In recent years an expensive yellow snowdrop sold on eBay was named ‘Golden Fleece’. One eager buyer paid £1,390 for one bulb in 2015!! However it took 10 years to breed and another eight to multiply up before bulbs were available for sale. Hopefully as we look towards the future we will see more golden snowdrops available for our gardens. 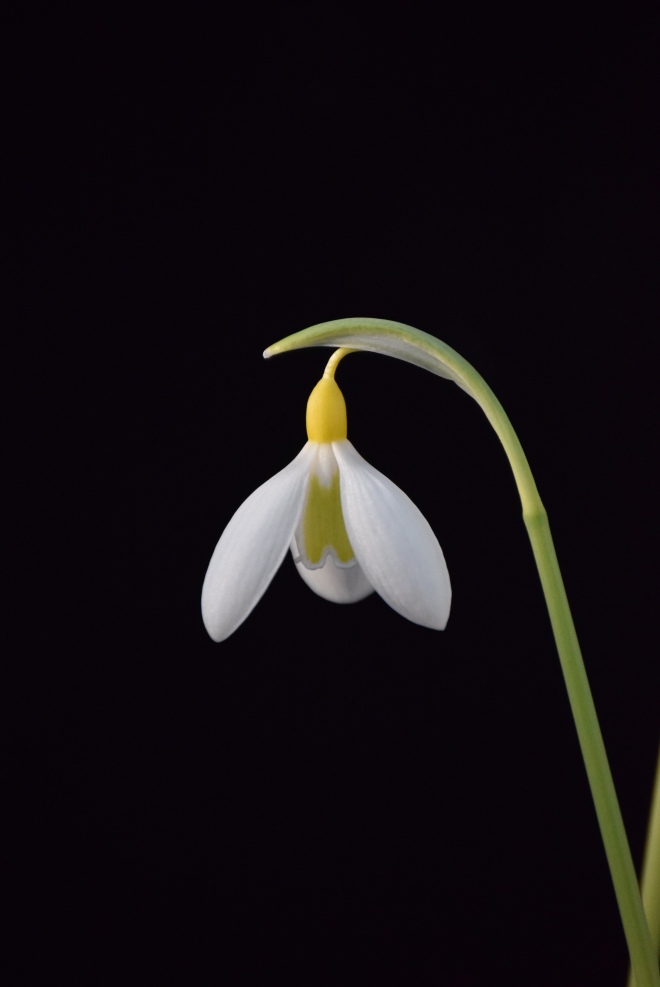