The spectacular Ammi makes one of the most useful and productive filler flowers in the summer garden.  It can be an annual or biennial, upright or spreading, with fern-like pinnately divided leaves and large branched umbels of small creamy-white flowers. With an airy splendour it works well amongst a range of plants in a mixed herbaceous border or in a bouquet. The more you pick, the more the plant will flower!

It prefers to grow in sun or partial shade and in well drained soil.  Sow seeds indoors or under glass in a seed tray 6-8 weeks before the last frosts – then transplant out for the growing season.  Allow your seed to develop to save and to sow the following year or leave the seed head for the goldfinches in your garden which will come to feed on them during the cold winter months.  The flowers are also beneficial for pollinators and predatory insects in your garden.

It is best to pick the flowers when 80% of the flowers on the stem are fully open. If harvested earlier there can be a tendency for the stems to wilt.   The fresh flowers of Ammi typically last from 6-8 days in a vase and it is suggested to add flower preservative to the water.

The origin of Ammi is uncertain.  It is generally considered to be native to southern Europe, northern Africa, and western and central Asia. 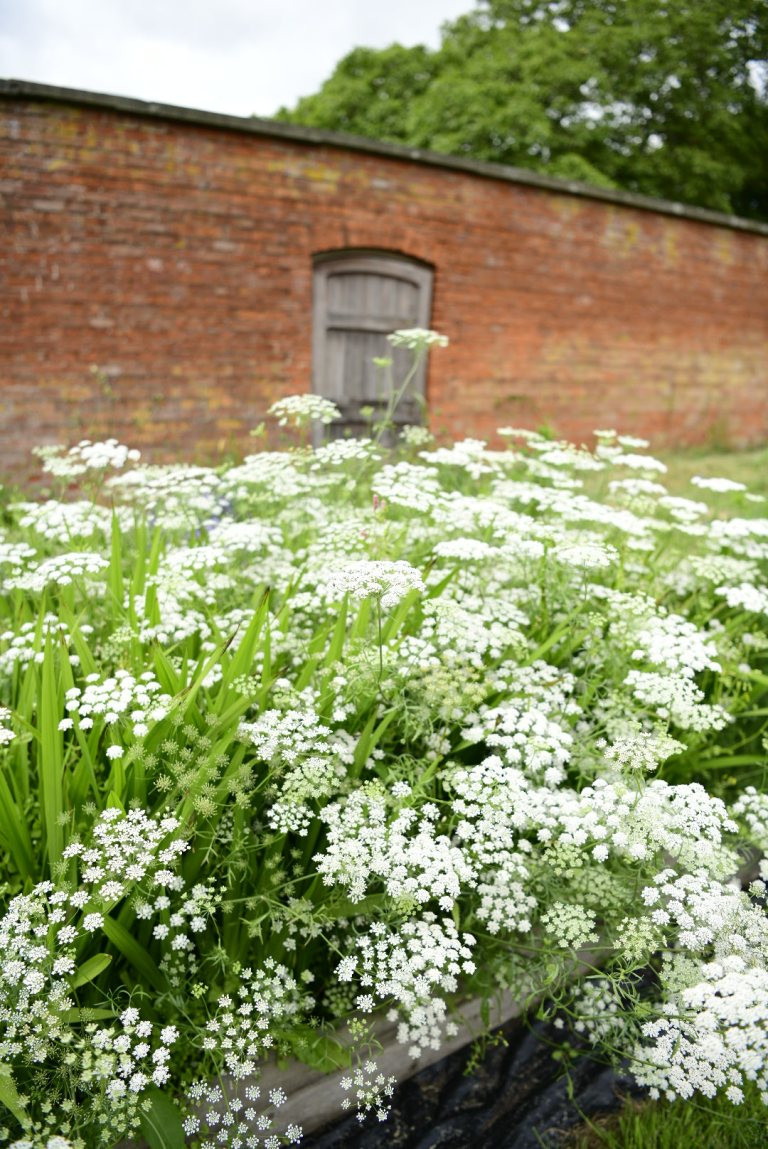 Rothmannia longiflora is an evergreen shrub which grows up to 9 metres tall, often with climbing stems. The plant is often used in traditional medicine in Western tropical Africa, where it is valued especially for its febrifugal and analgesic properties.
The beautiful Cyrtanthus falcatus with its curious 'shepherd's crook' flower stem and long arching leaves is very easily cultivated and deserves to be grown more widely. Only known to occur in grassland of the Drakensberg mountains in the KwaZulu-Natal midlands, South Africa, usually below 1800 m. The bulbs are found on vertical cliffs, either hanging downwards or lying in a horizontal position, with the roots securely anchored between rocks.
Iris rosenbachiana native to Tajikistan. The flowers are variable in colour, but are generally lavender with markings of darker purple and gold.
The beautiful magenta flowers of Latua pubiflora. A late winter and early spring flowering shrub from Chile. Flattened spherical pale yellow fruits follow.
No rain no flowers! Purple flowering Rhododendron davidii looking magical with raindrops on its petals - native to China.
Be a tree hugger! 🌳 I recently found this old photo of me age 19 hugging a gigantic Sequoia giganteum. These trees are the biggest living thing on the Earth, by volume! It can live for more than 3000 years! This phenomenal specimen is native to California, where it grows on the slopes of the Sierra Nevada.
%d bloggers like this: