Summer magic I made today using soft pink Aquilegia, lemon yellow Papaver cambricum, emerging seed heads of Lunaria annua, zingy lime green Euphorbia, spherical Allium ‘Sensation’, delicate Acer palmatum 'Dissectum Atropurpureum' and the blue Centaurea montana.
The lush soft rose like petals of my favourite Ranunculus. The vase life of this flower is wonderful, often exceeding 10 days. For the longest vase life, cut when buds are coloured and squishy, like a marshmallow, but not open. Grown by the talented @scottishcutflowers
Officially summer my first Rose of the year is blooming 🥀
An end of May ensemble using my sustainable floral frog pin. The design is composed of the incredible ruffled Icelandic poppy (Papaver nudicaule) grown by the wonderful @scottishcutflowers. These dreamy champagne and rose poppies have a surprisingly long vase life, up to a week if picked at the proper stage and treated. They have certainly filled my home with hope and joy this week.
In pictures: the beautiful blue Meconopsis ‘Slieve Donard’ known to dazzle and brighten your garden at this time of year. Grow in moist soil, rich in organic matter which is not allowed to dry out.
Good morning flower team! I just love the peachy flowers on this tree peony. Paeonia delavayi x lutea 🍑 Tree peonies are small shrubs, rather than trees, producing gorgeous, goblet-shaped flowers in May and June. Unlike herbaceous peonies, which die back each year to the ground, tree peonies are taller and retain a permanent framework structure all year round.

The Dawn Redwood is a beautiful deciduous, coniferous tree growing into a conical shape. The tree has lovely fern like foliage which is soft to touch and the leaves which are bright green in spring and deep green in summer eventually turn a copper bronze in Autumn. It makes a wonderful landscape specimen or it can be kept in a smaller container for a smaller garden. It has strong all year round interest and prefers a damp habitat.  It is also one of the most exciting plant discoveries during the last century. The name meta means ‘meta’ and ‘sequoia’ means relating to the fossil specimens when it was first discovered. In the wild it is found in only a small area of China.  This tree was found orginally by a local forester and this led Professor Cheng of the National Central University, China on an expedition to a remote village in the Szechuan province around 1941. At first it was thought to be extinct for 5 million years but research into the prehistoric fossil records indicates that this tree existed 50,000,000 years ago! Seeds of  Metasequoia glyptostroboides were collected in 1947 by an expedition sponsored by the Arnold Arboretum of Harvard University, USA and then distributed amongst botanic gardens around the world.. As a result the species is classified by the World Conservation Union as “critically endangered” because it is threatened from intensive rice cultivation and the poor prospect of regeneration in its wild habitat. 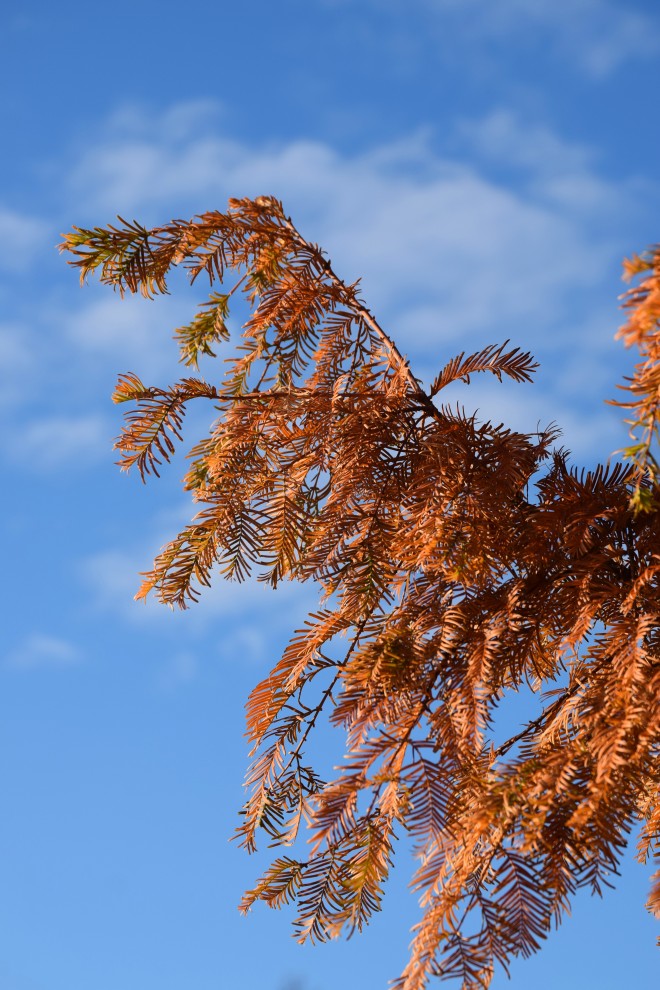